11Am! I slept until 11Am. I did stay up until 1:130am, so maybe 11am isn’t so bad? We missed breakfast, but went for a coffee and to figure out some details about our last two activities, airport transport and checkout details. It snowed over night and the clouds hung around all day making a monochromatic landscape in every direction with shades varying across the entire scale of white to charcoal black. 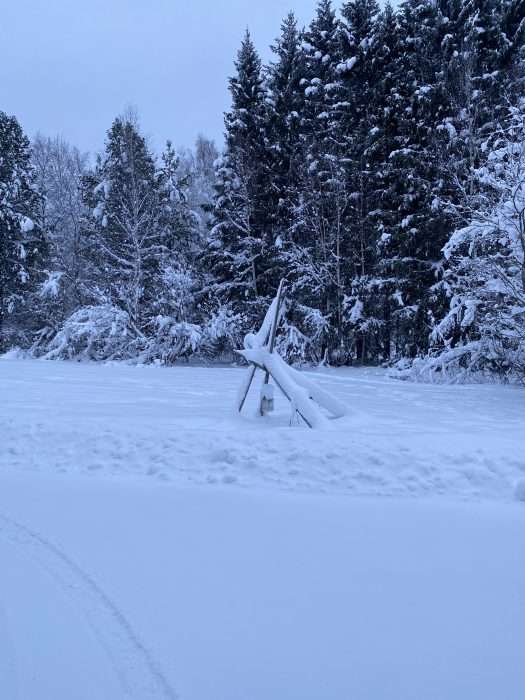 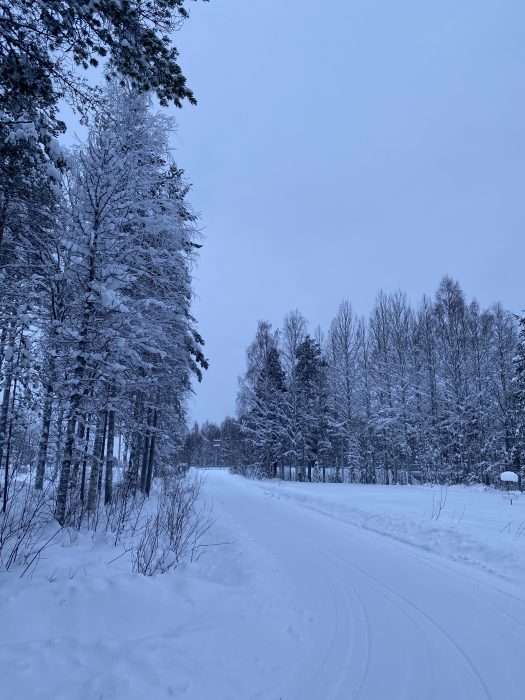 After breakfast we ran a small load of laundry, packed and prepared for the long journey home. Kelly & Liz took Lincoln and rented snowshoes, and they snowshoed across the frozen lake. Lincoln said it was a blast, but I didn’t get any pictures of it. Maybe something we’ll try in Winter Park next week!

Our last two activities – hunting for the Northern Lights and a sauna on the lake. One of the staff members told us on the first day that the sauna on the lake is her favorite thing at the resort. So, after the experience at Loyly, we booked it the next day for our last night.

Unfortunately, all 3 Stirmans kids were still unwell, and they rescheduled flights for a departure tonight rather than tomorrow so they would have more downtime before they’re long haul flight home. The kids were not up for the sauna, but Kelly & Liz joined us.

The Lakeside Sauna did not disappoint! It’s a lovely wooden hut that you reach via a snow-covered, wooden bridge dimly lit by an amber-colored lantern light. 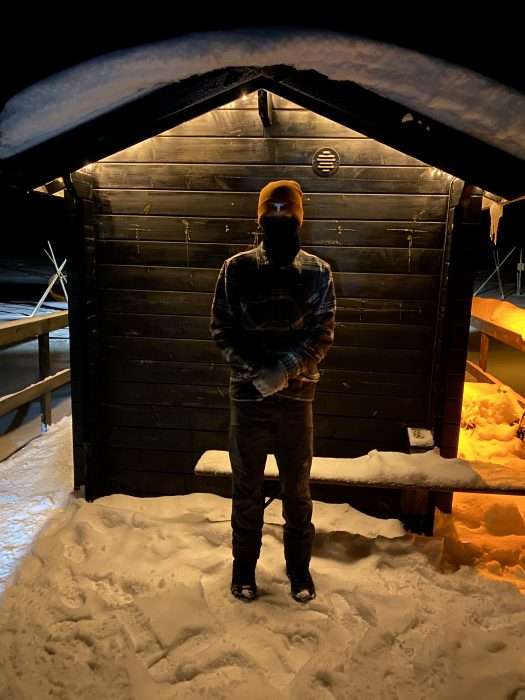 What you see as you cross the bridge 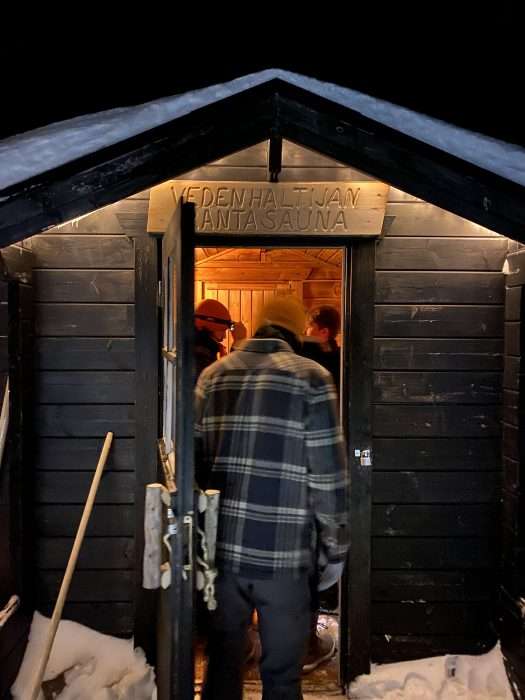 Anders, our sauna host told us a bit about the history of saunas on the walk. The sauna is a traditional style made of wood and has a wood-burning stove to heat the rocks. Anders arrived about 30min before our arrival to start the fire so it was already warm. The fire holds enough wood for about 30min, so he replenished the wood before leaving us to enjoy our time.

Before he left, he showed us the hole cut into the ice with a pump to keep the water moving so it doesn’t refreeze. The path leading to the ladder and the first rung were completely covered in ice. It looked impossible. As we peered over the edge of the railing, the wind slammed against our faces. It seemed improbable. 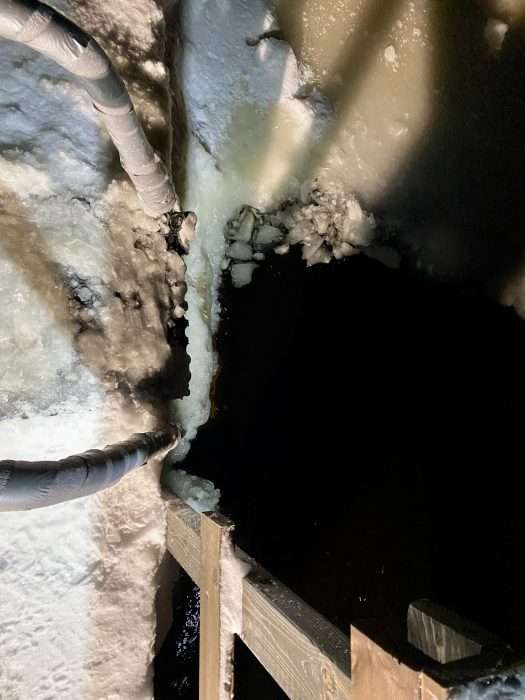 Hole cut into the ice to reach the lake for plunging.

Then he gave us a few tips for a successful sauna experience:

Mom and Liz both said they would not be plunging. 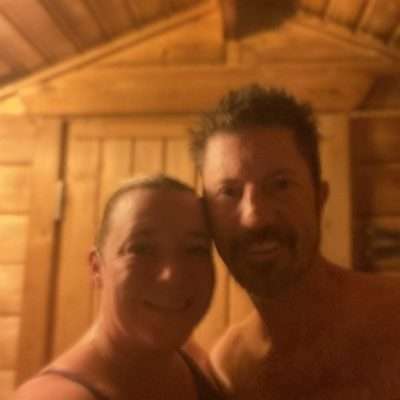 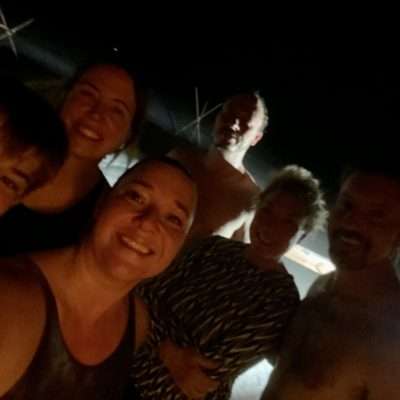 Up to our necks or eyes.

I love Anders. I think Anders is an old soul. Kelly thinks he hypnotized us. Mom thinks he spoke with the wisdom of experience. I think he told us just what we needed to hear in the most perfect way. We were brave. We enjoyed the beauty of it all.

I am a sauna convert. At least in Finland. Austin feels too much like a sauna from May-November for me to appreciate it at home. The Lakeside Sauna ranks pretty high on the list of my favorite things I’ve ever done. I hope you all have a chance to experience it some day.

After the sauna, we packed up the Stirmans and said goodbye before our last activity – Hunting for the Northern Lights. 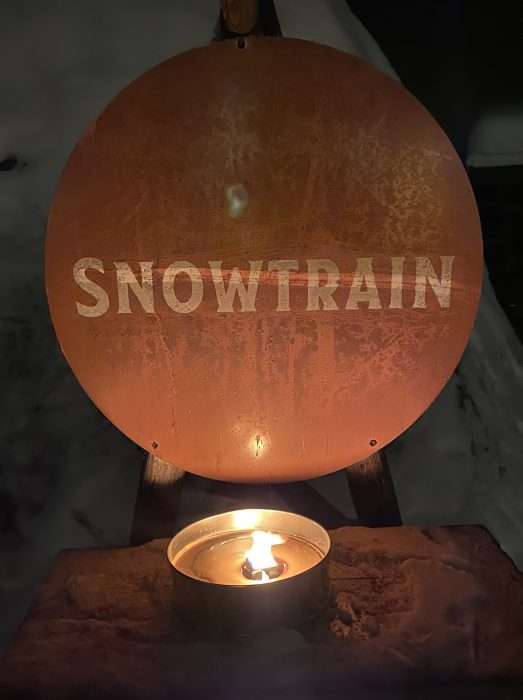 They call it the Snowtrain and it’s a series of enclosed cars pulled by a snowmobile to a clearing encircled by three warming tents. I have to tell you that we final four travelers were on the fence. We had frozen feet and hands through snowmobiling, dog sledding, and reindeer sleighing, and the prospect of another frozen, three-hour tour that started at 8:30pm wasn’t terribly alluring. Add to the picture that we likely wouldn’t see the lights with the thick cloud cover, we wouldn’t be back to our villa until 11:45p, and we had to wake up at 2:30a to catch our shuttle to the airport. We really had to dig deep for inspiration. We geared up, for the last time, and made our way to the meeting point.

I am writing this post during our Helsinki layover, bleary-eyed and operating on about 30min of sleep and two espressos. I’m still glad we decided to go, and that’s saying something.

Anders, our sauna host, ended up being one of the guides for our trip! We got to chat a bit by the fire he built in the snow while we roasted sausages and marshmallows and drank warm berry juice. He’s half Finnish (mom) and half Greek (dad). Turns out that his mom was actually born in a sauna! He really is such a kind and thoughtful man. I’m so glad we got to tell him how much his advice helped us all seize the day.

One of the other guides told us a bit about the Norther Lights and explained that they are solar flares interacting with the earth’s atmosphere. The green and blue lights are caused by the oxygen and the red and purple lights are from nitrogen.  Then he told us a few folktales of how the lights were explained before science clarified the process. Some said the lights were the spirits of the dead crossing into the afterlife. Some believed that the red lights were a herald of war or disease. But in Finland, they believed that the lights were caused from the Firefox running so fast across the snow that its tail sent sparks into the sky. In fact, the name for the Northern Lights in Finnish translates to “fire fox.” They also told us that they have the same lights in the southern hemisphere, but no one is there to see them except the penguins.

The lights can appear as early as August and can last as late as April. You don’t have to just be in Finland or Scandinavia to see them. They can be seen as far south as Italy or Spain or even in Scotland, and of course, in Canada or Alaska.  There is no “best” time of day to see them. They can appear as early as 4pm and as late as 6am. They are typically seen in the northern sky along the horizon, but they can also be seen high in the sky and even from the south. However, for the Baughers, it seems there wasn’t a right time for us to catch them this trip. Our hunting was fruitless, but we enjoyed the fire, conversation and the relatively “warm” night with temps in the low 20s*. 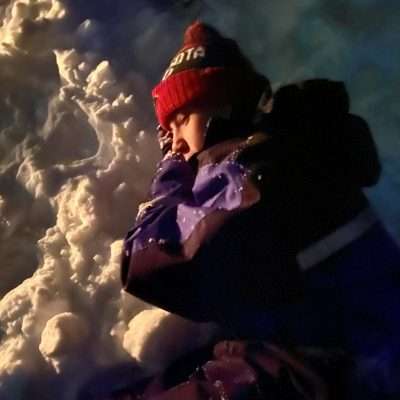 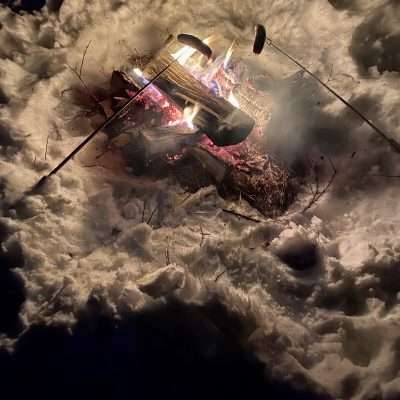 By the time we showered, finished packing and climbed in bed, it was after 1:30a. The alarm sounded at 2:30a, and we’ve been up and running ever since. We left mom in the Rovaniemi airport as she’s traveling on to London to visit friends for a week. We flew to Helsinki and after an hour delay due to computer issues on our flight, we only have a 4.5hr layover. Then we fly to Dallas and finally on to Austin! Hopefully, we’ll sleep on the plane!

Finland was fantastic and cold, but well worth it for the experiences!