After a delicious breakfast, we made the 1.5hr drive to our Milano airport hotel to check into our room before returning the rental car and hopping on the train into Milano to meet up with the Welshes one last time. We finally got into the city center about 3:30p leaving just about a 3-hour tour of the city. We were unable to get a ticket for the Last Supper when they went on sale a couple of months ago, so we just settled for what we could see. We covered the Duomo, with a trip to the rooftop terrace. Amazingly, the pictures aren’t blurry since Bryan’s knees were shaking and his palms were sweaty with fear from the heights. Spectacular views though! 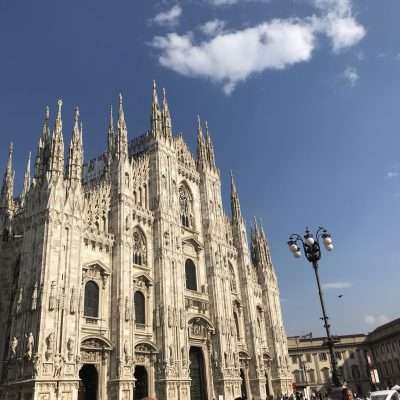 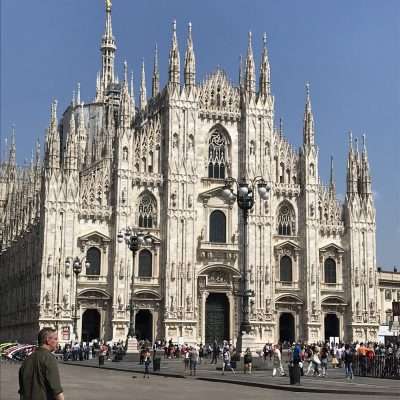 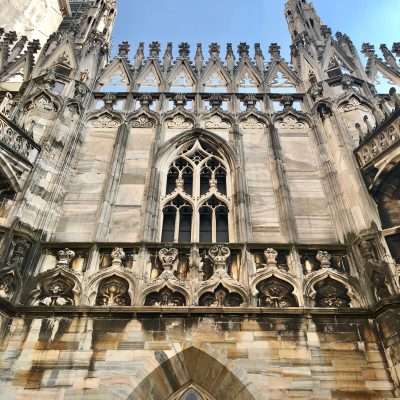 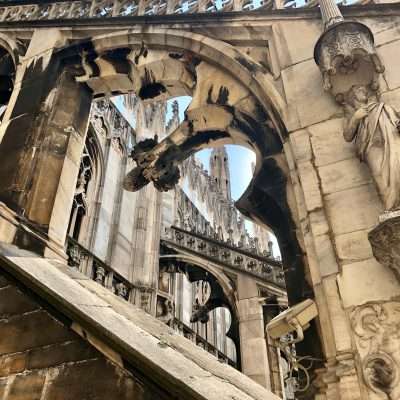 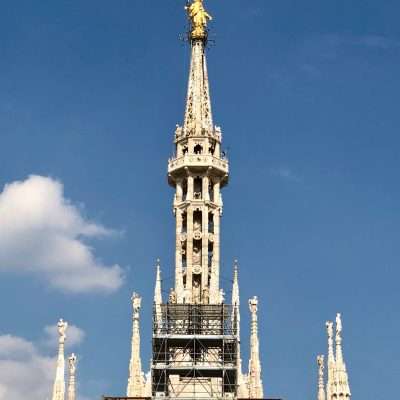 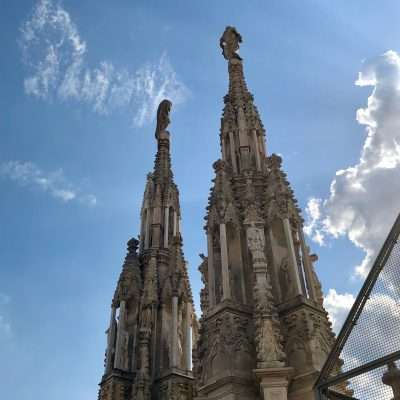 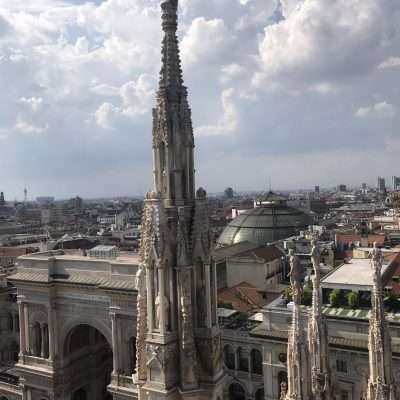 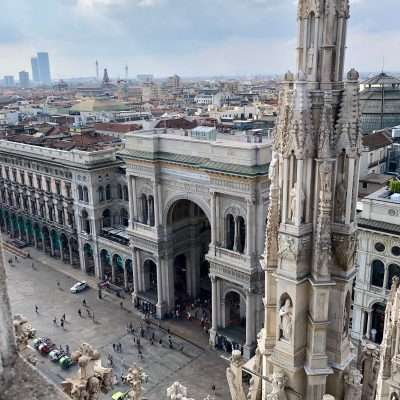 After that we headed over to the Galleria Vittorio Emanuele, built in the same style as the Eiffel Tour, and housing loads of posh shops. We took a spin on the testicles of the bull on the coat of arms for good luck and then walked around all of the different shops in the area. 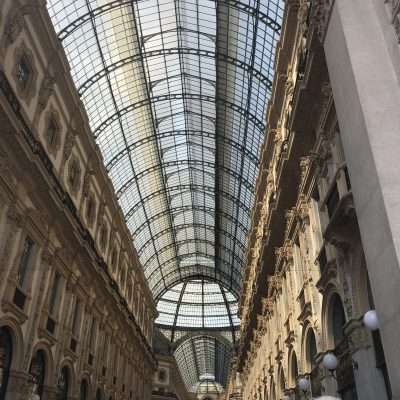 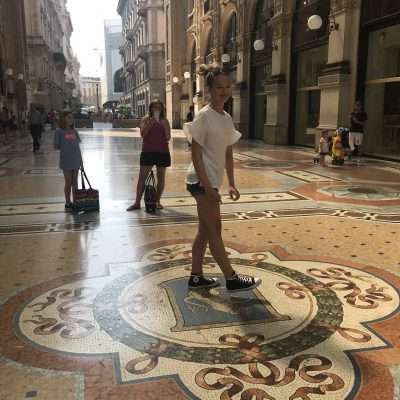 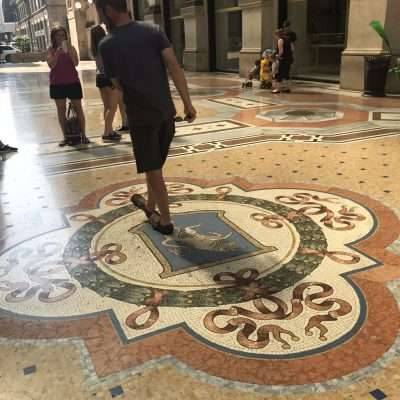 We have an early flight, so we decided to head back to the hotel to pack up and hit the sack. On the way back to the train, we stumbled across one of the few castles in Italy. 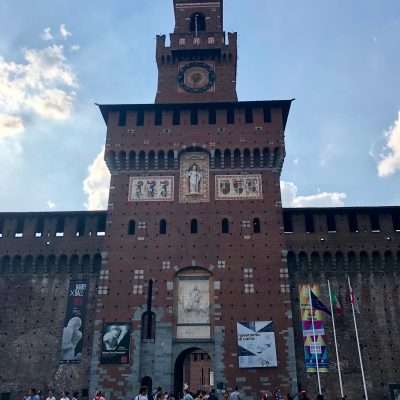 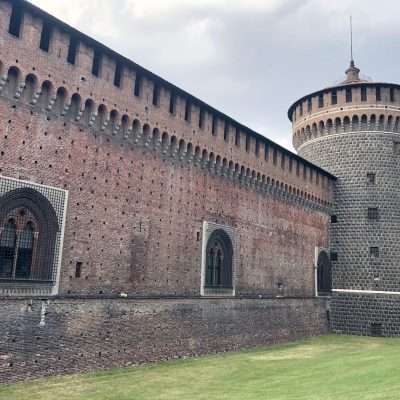 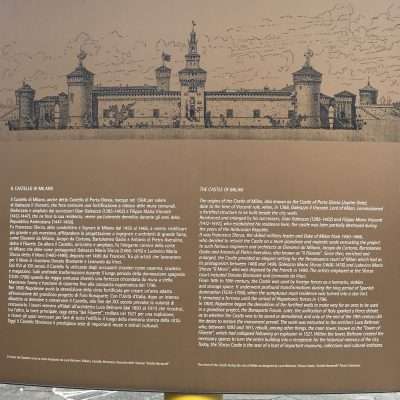 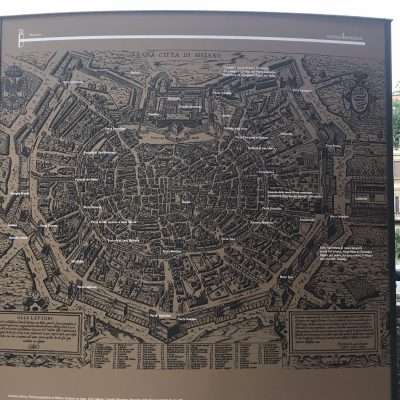 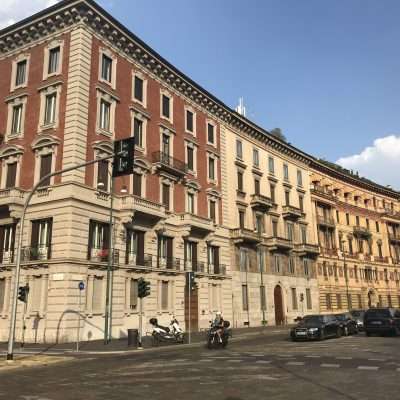 They were setting up for a concert. It’s a pretty cool space. Back on the train to the hotel. Ordered pizza and watched the England vs Columbia world cup match before bed. And that is a wrap on Milano and Italy!

I woke up at 1:30a concerned we had missed the alarm. We didn’t. I went back to sleep. I woke up at 4am concerned we had missed the alarm. We didn’t, but we did discover our flight from Milan to London had been canceled at 2:30am via a text alert neither of us heard. The internet connection in our hotel was terrible! So, I got on the phone with British Airways to try to get a new flight. I sat on hold, spoke to someone, got disconnected, they called me back and finally we got on a flight departing at 10:20am with a 5hr layover in JFK and then arriving home at 9:45p. Our original routing was departing 8:10a from Milan – London with a 2hr layover – London – Austin – arriving 4:20p. So, not the best, but we at least got a flight. The guy was not terribly helpful and offered strange logic for the flight cancellation – like the plane wasn’t repaired in the winter season so now it is canceled. What?

I did see that there was a different flight earlier that would get us to London allowing us to keep our London-Austin leg, but the guy on the phone couldn’t help me with that. He recommended we go to the airport check-in counter to try to work it out. So, up and out of the hotel at 5am we went to stand in line for the airport shuttle to the terminal. Then we waited in line to speak to a ticket agent. I stood in line for 45min with no one moving. Finally, we get to the front, only to have them tell us we had to go to the American Airlines ticket line – not the British Airways one. So, off we go to another line to wait. Then they tell us that BA had booked us on an American flight that was full and there weren’t seats for us – possibly. Luckily, they found us seats.  Tickets in hand and bags checked – we headed to the gates. The Welsh Family wasn’t so lucky. They were routed through Miami – but tomorrow!

So, here I sit in the airport lounge in Milan, writing the blog post. We’re headed for our first leg now, so fingers crossed it all works out just fine when we land in NYC!

I watched 3 movies, ate 2 meals, drank 3 glasses of wine and slept not a wink! Neither did my little monkey or Bryan, but Tip did grab a few zzzz’s. We landed in JFK and thanks to some delays we only have 4hrs to wait!

Only one more leg to go, hopefully without further delays. I hear it is storming pretty bad in Austin right now. I am looking forward to home, a shower and my luxurious bed!

We’re still all smiles, even after the insane start to this day. I’d say that’s a win!