Said our final goodbyes to Ormanni after an arduous collection of all of our things that we hoped would be swift but ended up being lengthy. 6 nights in one place with groceries made for a rather sprawling stay. Sylvia met us and checked us out and kindly took our photos before we hit the road once more. Look at all of those kids! 8 monkeys ruled the land and it was difficult to get them in the car to visit sites or to say a last goodbye. Lincoln said he wished Peter, the boy to his left in the picture, lived near us. They all really had so much fun playing soccer, rugby, tag and swimming. 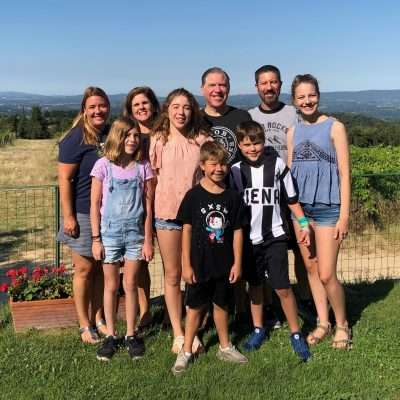 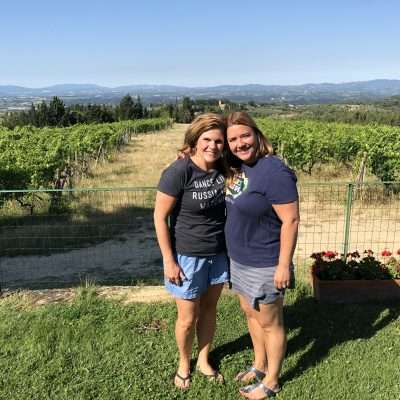 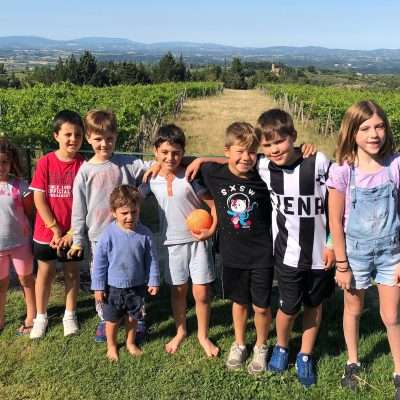 We made a quick stop in Pisa on our way to Monterosso in Cinque Terre. Pisa is still absurd, but a must for Instagram I hear. 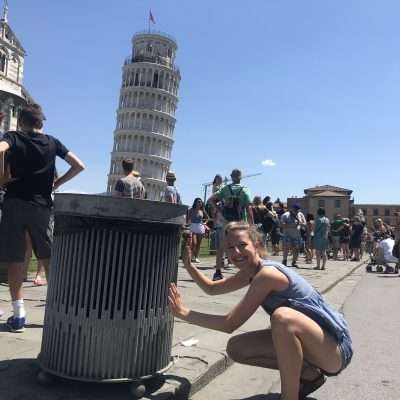 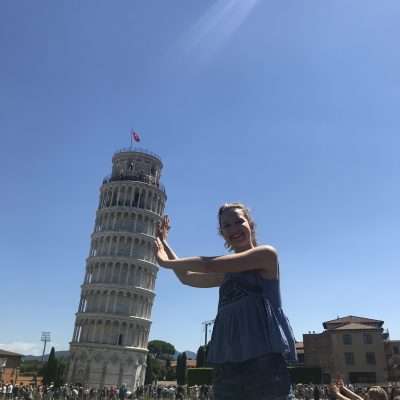 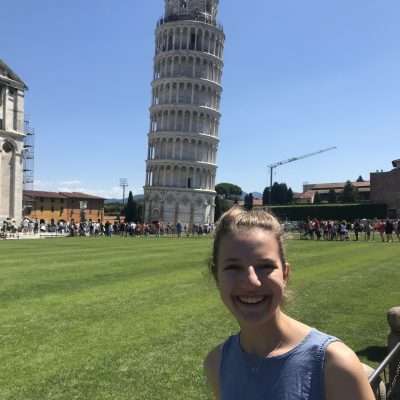 These are just a small collection of what seemed like 1M picture attempts. Siena wanted one with a cone that made the tower look like ice cream. Lincoln, Bryan and I refused a picture. There were sooooo many people. Bowen ran up to someone holding out their hands and gave them a high-5. Made his day and the girl was a good sport.

If you look at the tower from the first perspective it doesn’t look like it’s leaning much. The second one is obvious. 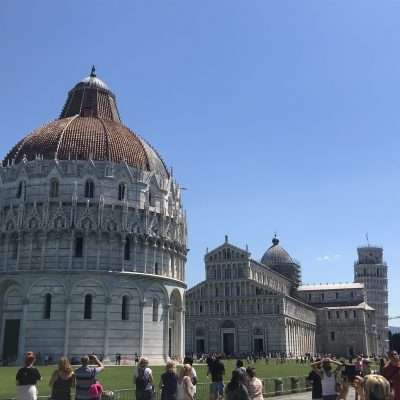 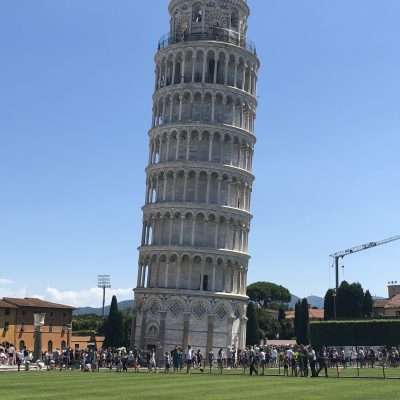 We checked it off our list quickly and headed off. The Welshes are staying in Vernazza while we decided on one village beyond for the easy parking at our hotel and the quick walk to the largest beach of the 5 villages.

A couple of things about driving in Italy. They have Autovelox, hidden speed trap cameras, along the way. There’s an app for that, aptly called Autovelox, that will alert you of an approaching camera – think Radar detector. So, I have that running the the background. Bryan accidentally downloaded the Italian version, so I wasn’t 100% sure what was happening ever, but I hope I saved us some of the $100 fine for each speeding infraction. I also had the navigation running in the background and music playing on the radio, so sometimes it was a little nutty up front.  Also, we have had terrible luck with the automatic toll tickets. You take a ticket when you get on the highway and then insert it into the machine when you exit. So, on our way to Orvieto from Sorrento, we kept putting the ticket in the machine and it kept saying something to us in Italian that we can only assume was “you are an idiot tourist and can’t work our impressive and efficient Italian machines because your are stupid Americans.” So, eventually, Dinah saunters over to us to “help” and only ended up in hysterics as Bryan is about to punch the machine and land us in the police station or emergency room. Finally an attendant comes on and just keeps saying “hello, speak English. Where from?” That pushes Dinah over the edge and she returns to her car with no help! Finally, I yell Napoli and the gate lifts and $22 later we are on our way to Orvieto.

So, now we are trying to exit Cinque Terre and the same thing starts happening. This time we pressed the English button and it tells us the ticket is unreadable. I am certain had we not pressed English it would have told us we were stupid. Finally, an actual attendant walks up, looks at the ticket, looks at us, looks at the car and walks into his stand. The gate lifts and $58 later we are on our way to Cinque Terre. There is no way that toll was $58. Rod and Dinah paid $10. Rod said it was his fee for having to get out of his chair on a hot any sunny day. So, I will be looking into this with my CC company.

Next up, the windy, narrow road to Monterosso Al Mare. This drive is no joke. My palms were sweating, I wanted to vomit but was scared to, and we narrowly escaped head-on collisions a few times. Bryan drove like an Italian native, and we arrived unscathed. I stayed in Riomaggiore and Vernazza in 2006, so I’m glad to be in a new village this time. We checked in and changed into our swimming gear and headed to stroll along the boardwalk, Monterrosso is divided by a tunnel into Old Town and New Town. We are staying in the farthest part of New Town. The train station is in the middle of New Town and the ferry landing and most of the shopping are in Old Town. We walked all the way to Old Town, scoped out the shops and then headed back for some food closer to our hotel. Most of the beaches are private with paid entrance of 30€ for 2 sunbeds, an umbrella and a changing cabin with access to their outdoor showers and food service areas. So, we decided to go back to the hotel pool. It was full of sleeping adults and was silent. Not the most inviting place for a family, plus the mosquitos could carry you away, so our stay there was short-lived.  Bryan and I walked down to grab drinks and a snack on the boardwalk, and we took snacks back to the kids. Lincoln was asleep by 8:30p and the rest of us followed closely behind him. Long day. 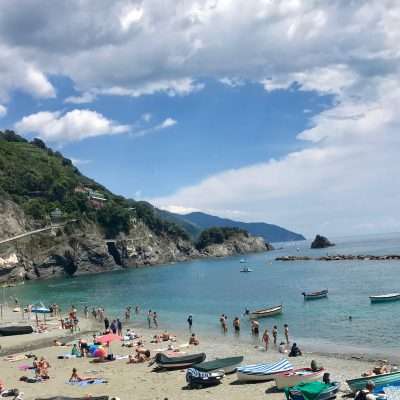 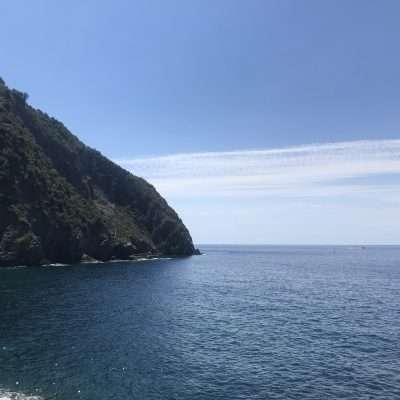 We got up just in time to catch the last of breakfast and speedwalk to our 10:20a ferry to Vernazza. We purchased a day pass and got off in Vernazza to meet up with the Welshes. Cofffee in our hotel was Nescafe, so we forked over some coin for a proper coffee, and I found another lovely donut! Back on the ferry for a ride to see the rest of the villages from the water and then off again at the Riomaggiore. 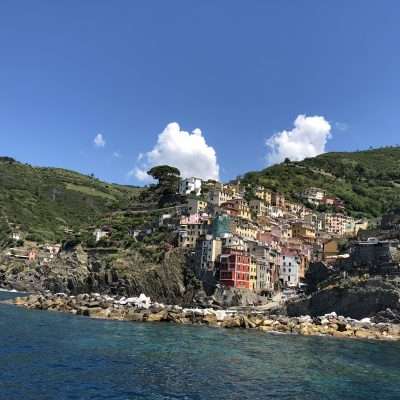 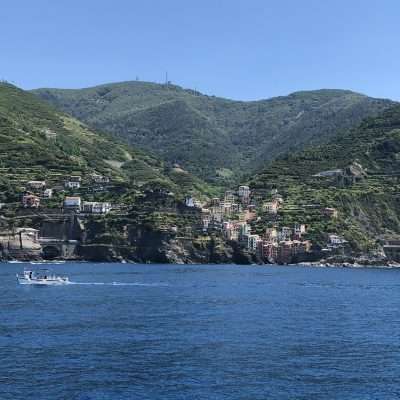 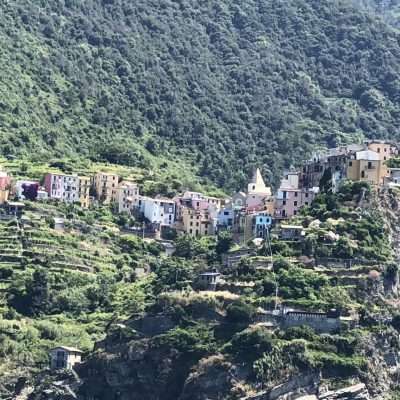 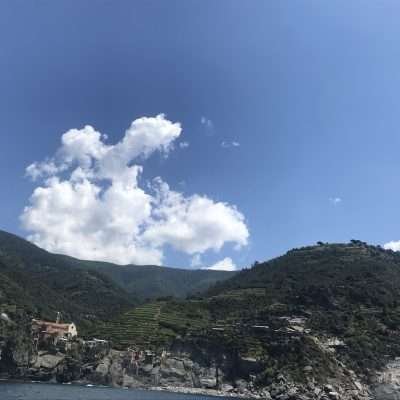 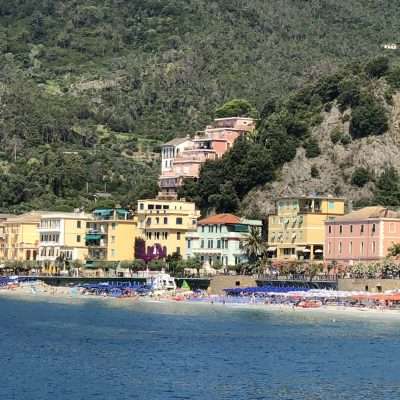 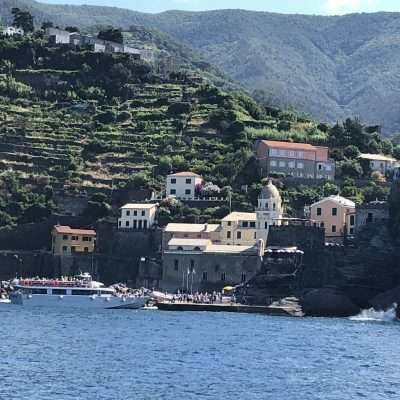 The Welshes and Lincoln decided to hike the short trail to Manarola (only to discover the trail was closed halfway up and had to turn around), and we took the ferry back to Monterosso for some shopping. We all met up at the beach for some lunch and then swimming. 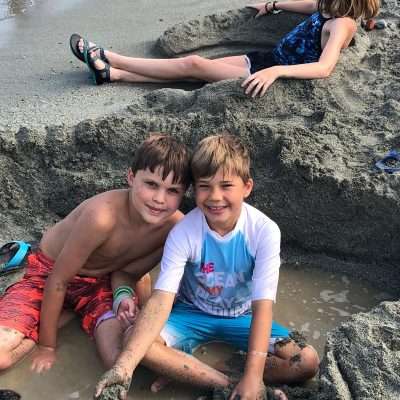 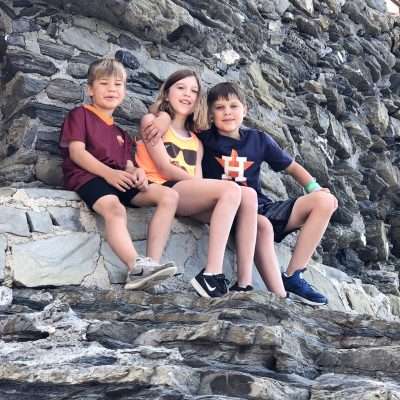 Here are some other random sites of Cinque Terre. The one of the water is my favorite. If you zoom in you can see the fish! 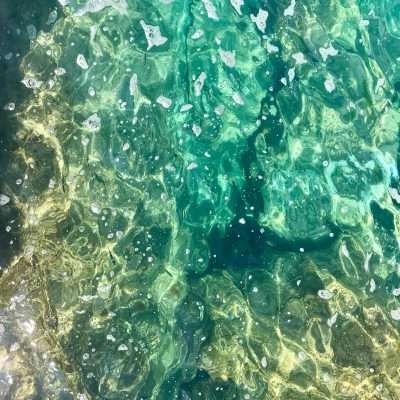 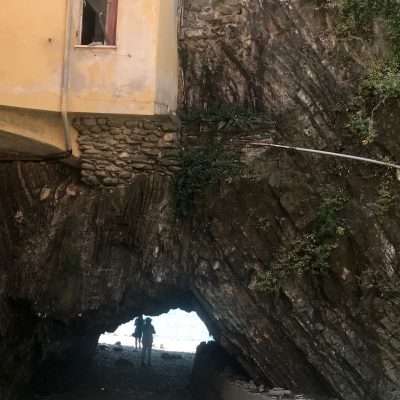 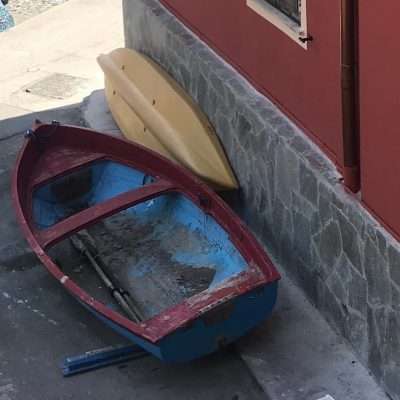 Bryan booked us a table at one of the restaurants in old town on their patio for 7:30p. The food was pretty good, the view was lovely and the company was fantastic. 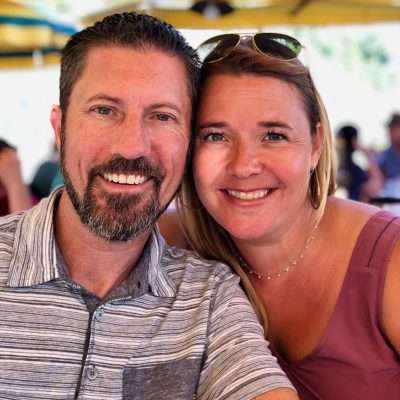 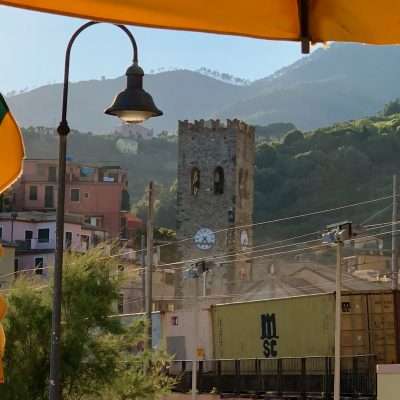 Shortly after this picture, our waitress spilled wine all over me and offered a moist towelette as an apology. Service was less than ideal in general. The boys spent most of the evening, only interrupted by food service, building a damn along the river flowing into the sea, and so we made our way down to them before gelato. We were served by an unbelievably unhappy woman and that was the end of Cinque Terre. Still a beautiful place but a bit spoiled for me by bad service and crowds everywhere you looked.